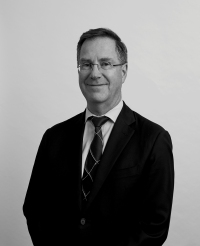 He has a wide range of experience including advising stakeholders in business ventures and working closely with parties in dispute resolution and litigation.

He is involved primarily in settling strategy in consultation with clients and determining the tactical approach to be taken to address issues arising in the course of matters.

Brian likes to be involved in resolving complex and demanding legal problems.

Brian was admitted in 1985 and established the practice in 1997.